ArtPalmBeach is  South Florida’s  longest running mid-winter fair dedicated to contemporary, emerging, and modern masterworks of the art of the 20th and 21st centuries. The internationally renowned premiere contemporary art fair at the Palm Beach County Convention Center will be celebrating its 21st edition.

Carlos Estévez (b. in Havana, Cuba, 1969)Lives and works in Miami, USA. Graduated from the Instituto Superior de Arte, Havana, Cuba in 1992. Received the Grand Prize in the First Salon of Contemporary Cuban Art in 1995; and The Joan Mitchell Foundation Painters & Sculptors Grant in 2015. Residencies include: Academia de San Carlos, UNAM, Mexico (1997); Gasworks Studios, London, England (1997); The UNESCO-ASCHBERG in The Nordic Artists’ Center in Dale, Norway (1998); Art-OMI Foundation, New York, USA (1998); The Massachusetts College of Art, Boston, MA, USA (2002); Cité Internationale des Arts, Paris, France (2003-2004); Montclair University, New Jersey, USA (2005); and McColl Center, Charlotte, NC US (2016).
“The art of Carlos Estévez reveals a consistent interest in the potential for visualization to examine the link between humanity and the infinity of human experience.  He explores notions of symbolism, mythology, time, anatomy, metaphysics and the cosmos in a quest for understanding that transcends the visual to enter the realm of the mind in complex works in different media.  He has long investigated the processes used by artists through the centuries that have transformed personal visions into artistic expressions.  He follows a long tradition of experimentation with materials that enable him to produce unique works to address new ideas, and re-evaluate those of long-ago.  During his career, Estévez has used drawing, painting, sculpture, objects and installations to create a body of work known for its intellectual context and esoteric references to science, philosophy, aesthetics, and alchemy”. (Carol Damian, Ph.D.)

Ciro Quintana (b. Havana, Cuba, 1965). Founder of Puré Group, Quintana is one of the most iconic Cuban artists of the 80s. Throughout his career, his work has been exhibited at solo and group exhibitions in Cuba, the United States, Mexico, Dominican Republic, France, Germany, Peru, Venezuela, among other countries. Recent shows include: “Resilience The Other Cuba (Minneapolis, 2015), “Pulse Art Fair” (New York, 2016). His work is part of major collections such as, Peter Ludwig Collection (Cologne, Germany), Leipzig Museum (Germany), Lowe Art Museum (Miami), Cisneros Fontanals Collection (Miami), The Mosquera Collection (Miami), María Luisa Lobo Collection (Miami), Jorge Reynardus Collection (New York and Sarasota), and Nina Menocal Collection (Mexico).
“Ciro Quintana is one of the cardinal artists within the second wave of the so-called Cuban Renaissance or New Cuban Art. His work, along with that of Ana Albertina Delgado, Adriano Buergo, Ermi Taño and Lázaro Saavedra, shook the artistic and social panorama of Cuba in 1986 when the iconoclastic group Puré -characterized as by kitsch, junk art, confusion between boundaries of artistic individualities and, above all, the treatment of themes directly associated with the daily and popular life of Havana at the time- broke in into Havana cultural scene. Although short-lived (the group finally disintegrated in 1987 to give way to the development of the personal poetics of its members), the impact of Puré and its bold collective actions implied a milestone in contemporary Cuban art and, consequently, in the further development of each one of the members of the group”.(Janet Batet)

Rubén Torres Llorca (b. Havana, 1957). He studied at the San Alejandro Academy of Fine Arts and at the Higher Institute of Art, both in Havana. He exhibited at Volumen I (1981), the iconic exhibition that revolutionized Cuban art. Some of his solo exhibitions are: “One Of Us Can Be Wrong And Other Essays” (Juan Ruiz Gallery, Miami, 2012), “The Names Have Been Changed to Protect the Guilty” (Museo de Arte de Puerto Rico, San Juan, 2008), “Una historia para niños basada en un crimen real” (Centro Cultural Español, Miami, 2007), “Easy to Built/Modelo para armar” (Frost Museum of Art, Miami, 2006). He has participated at several group exhibitions such as, I and III Havana Biennials, Sao Paulo Biennial (1989), “Kuba OK” (Stadtische Kunsthalle, Dusseldorf, Germany, 1990), “Iconocracia” (CAAM, 2015), “ConTexto” (Museo Universitario Universidad de Antioquia, Medellin, 2016). His work is part of the collections of the Museo Nacional de Bellas Artes (Havana), Ludwig Forum Fur Internationale Kunst (Aachen, Germany), Museo del Barrio (New York), Miami Art Museum, Frost Museum of Art (Miami), among others.

“The conceptually based work of Ruben Torres Llorca in which themes images and text are continuously revisited is distinctive in both content and formal qualities. Graphic style painted depictions of figures, reminiscent of the post World War II era, make reference to the banalities of domestic life. These “actors” are set against the backdrop of meticulously cut and collaged newspaper snippets, alluding to the recyclable nature intrinsic in his work. While the artist provides us with clues to help us navigate through this journey, ultimately he demands the viewer to draw their own conclusion”. (Elizabeth Cerejido)

Kendall Art Center (KAC), is dedicated to promoting the work of contemporary artists, and to the exchange of art and ideas throughout the Miami region and internationally. Through an energetic calendar of exhibitions, programs, and its collections, KAC provides an international platform for the work of established and emerging artists, advancing the public appreciation and understanding of the art. 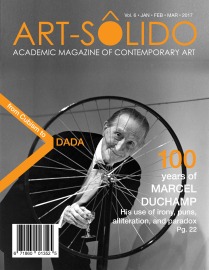